An Obligatory New Years Message From Me 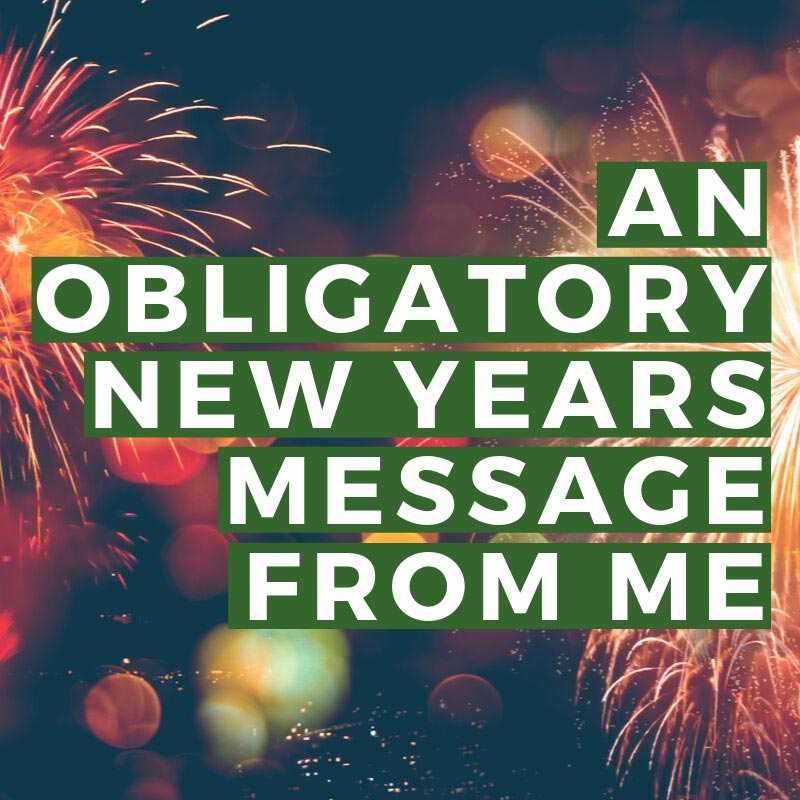 Just wanted to pop in with a friendly PSA regarding the New Year buzz all around us.

At quick glance it feels like everyone had an amazing 2017 filled with vacations in cute bikinis, race PRs, and impressive weight loss results. From Life Events on the Facebook Timeline to #TheBestNine on Instagram, it’s easy to start stacking your year against everyone else’s in a quick second.

I think we can all use this energy of the New Year to reflect, but don’t get paralyzed by the perceived standard of what a “highlight” should be.

I had to catch myself from doing JUST that over the last week. In my feed, my friends and peers:

>> Got engaged, married, had babies, fostered babies, adopted babies (lots of babies in 2017)

2017 was a big year for me in many ways but it was also kind of a sh*t show behind the scenes.

There were no-show guest speakers, tech failures, floppy launches. I completely abandoned one aspect of my business after pouring a ton of heart and time into it. I neglected macro tracking, vegetables and rounded meals for days on end. I completely burned out on my favorite fitnessy thing, Crossfit, after training for a competition. Burned out, as in: I became a slug and didn’t do anything physical for a LONG time.

>> That guy who did that competition (we all saw the finish line photos!) – that was the culmination of frustrating, painful, and unmotivated training days

>> That weight transformation photo you saw? All I know is changing specific nutrition habits and behaviors can mean breaking up with specific social circles, unhealthy environments, and negative thought patterns

Please remember, while you watch anyone’s end-of-year highlight reel, there is a bit of sh*t show that (a) happened to get them there or (b) is still currently happening.

And that’s QUITE alright. That’s how it goes.

While you might not air your achievements publicly for everyone to see, I hope it’s not because you didn’t think your “highlights” were good enough or big enough. There is no criteria for what a “good year” actually looks like so cut that out!

I encourage you to completely reject the idea that 2018 is a blank slate or a blank page. Naw. You’re coming in with lessons learned. There are doodles and drawings all over the page. You’ve got a head start on some things already.

Instead, I encourage you to think about some things you’re building on in the New Year. Or perhaps you’re pivoting; think about what you are moving away from, rejecting or leaving in 2017.

That’s what I’ve decided to do. I’m taking my already-scribbled-on pages from 2017 and adding new notes. And, because I’ve given up and started over on all sorts of habits and projects this past year, January 1st kind of felt like any other Monday.

It’s bound to be another sh*t show ride with a “highlight” reel that’s all mine.